Dear friends, year 2010 will elapse soon and year 2011 is coming.  I must, on behalf of ForeUI’s R&D team and EaSynth company, say “HAPPY NEW YEAR” to you all

The UI theme to simulate the Windows 7’s UI is available from V2.00.  This theme is very helpful for creating high-fidelity prototypes for Windows 7 apps.

From V2.15, ForeUI supports German language.  We should give the credit to Marcus Barkhahn since he translate all text scripts to German voluntarily, thank you Marcus

This handy feature is implemented in V2.20.  You can zoom in to see the the details of a region, or zoom out to preview the entire page.

From V2.22, ForeUI supports a new “container” concept.  You can embed other elements into a container, thus they are tightly joined and can be moved together.  Table became the first container element, and then we have Scrollable Container (V2.32), Tabs (V2.37), Vertical Tabs (V2.37), Tree (V2.60), Window (V2.62) joined the containers family.  You can hold the right mouse button and drag elements into container.

This feature is shipped with V2.50.  With its help you can upgrade your ForeUI to latest version without visiting our website.

I just listed the most important updates in year 2010.  Of course there are still many great updates remained, you can find them here.  However the items above should not be missed.

We must thank you all who report bugs or share ideas with us.  Thank you all for the help!

Year 2011 is coming and we have started to think about the roadmap of  2011.  In year 2011, we will use more time on polishing the current features, providing more documents and tutorial videos.  The V3.0 may be launched at Q4 of 2011.  We are also considering the development of ForeUI server side application, which will integrate version control, prototypes management, resource sharing and feedback collecting platform.  What’s more, we may release mobile version of ForeUI in year 2011.

If you have any idea on ForeUI’s roadmap, please let us know your great idea, thanks!

Merry Christmas and happy new year!  Today ForeUI V2.62 is out, and it will be the last version in year 2010.   This version allows to use Window as container, and introduces some features/enhancements to improve the usability.

The Window element becomes container now.  You can hold the right mouse button and drag other elements into it.

Two new options are added for Tree element.  One is to turn on/off the default icon display, and the other is to show/hide the handles for root nodes.  The animation below shows how they work.

Now you can cut/copy/paste/delete the embedded element directly from the floating tool pane.  These manipulations were disabled temporary because of technical reasons, now they are enabled again and you can feel free to work on the embedded elements.

What’s more, you can freely move embedded element in its container now.

Start Selecting from Outside

Another useful improvement is that you can start selecting content from outside of the editing plot area.

If you want to restrict the moving direction to horizontal or vertical, you can hold the SHIFT key while draging the element.

Dear friends, we have a good news for you!

Now you can buy ForeUI license with 20% discount, that is $79 per user.  The license grant you the lifetime usage and one year free upgrade.  This special offer will last to December 31st (included).

You can find the new pricing list and order form in this page.

If you prefer to use RegNow to checkout, you can use the “FUI-77PD” coupon code to save 20%. 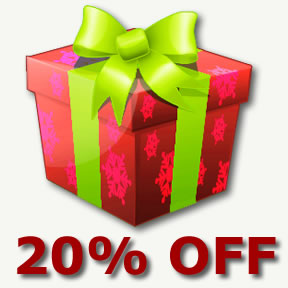 Enhanced Tree Element in ForeUI V2.60Hello everyone, I am very excited to announce that ForeUI V2.60 is released today!  This version enhances the Tree element a lot, add two new events for Text Edit Box element and fix two bugs.

Now the Tree element can be used as a container element, and it becomes interactive in the simulation!  Just like the Table element, the inline editor of Tree element also provides two editing modes.  The “Free Edit” mode allows you to edit tree content in a single edit area, you can use “t” and “n” to define the tree structure.   The “Row Edit” mode allows you to edit tree content row by row, you can also specify the row height or collapse the row respectively. Even in the simulation, you can collapse or expand certain nodes in the tree, fancy!  Here is a short animation to showcase the new Tree element.

This two new events are available in TextEditBox element.  Thank LittleRed99 to share the great idea!

The update is FREE if your license is for V2.xx versions, otherwise you may need to upgrade to V2 license here.